Other King's Field games
You know,there are more KF games other than PSX and PS2 releases.3 game released for mobiles and 2 for PSPs.And a limited edition prequel for KF3 on PSX (Just for 8 lucky fellow) and beta version of the first game that we will never see i think. But I didn't play any of them yet expect for King's Field 3 -Pilot Style-,cuz none them has been released outside of Japan and there is not any English translations of them.Maybe someday translates them us just like weissvulf. So instead of reviews,i will give some small infos about the game until i play any of them 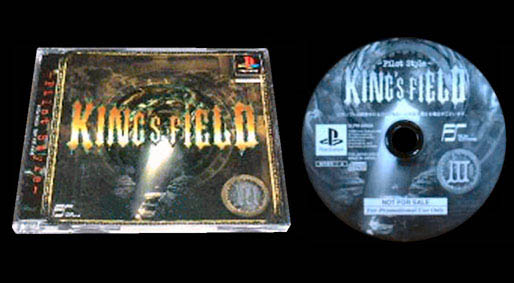 Oh god, this is new to me! I always thought that this game is just free beta of KF3 and i failed! This is totally new, short but sweet prequel game for KF3. It's given away at Tokyo Game Show to promote KF3 for free and only 8 lucky guys got it. So when i learned that this was a new game, i went berserk and searched frankly at the internet to find image file of the game and i 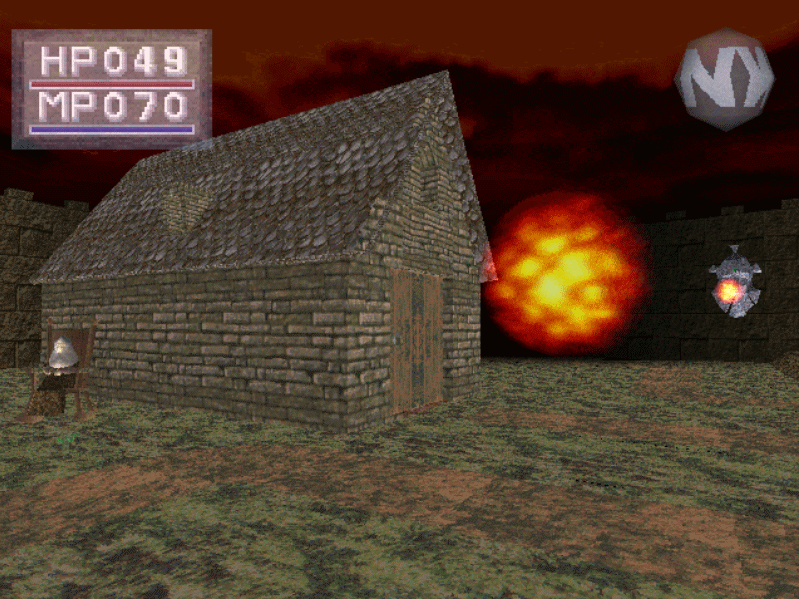 did it!!!! I could find it on a russian forum and as soon as found it, i played thru it even though it's full Japanese. But don't worry, a full English patch is up again by John Osbourne. You can find the patch here.

The game takes place shortly before the events in KF3 and we play as Silviera who finds out that all soldiers from Garrison Barracks are dead. It's a promotion game, so don't expect to much.There just three different small area: The forest that we start on, a small cave which is a home for the equipment-seller dwarf and a castle/catacomb for final place. The game only takes just about one hour to beat. We find Sonia's son's ring, she gives us the key for catacomb, we enter it, slay the final boss, find Sword Of Moonlight and the game ends. But I'm saying again: Short but sweet!

The game is fully same with KF3 on gameplay wise. They even share same soundtracks. But i sensed some little differences. It seems like we are moving a little faster than final version, (especially during running, bad status effects wears of quicker and i couldn't find any hidden traps/doors/areas. So graphics and gameplay has the same quality with the final product.

For the final words, it's a "must play" for all KF fans. Because it's an official prequel and it has 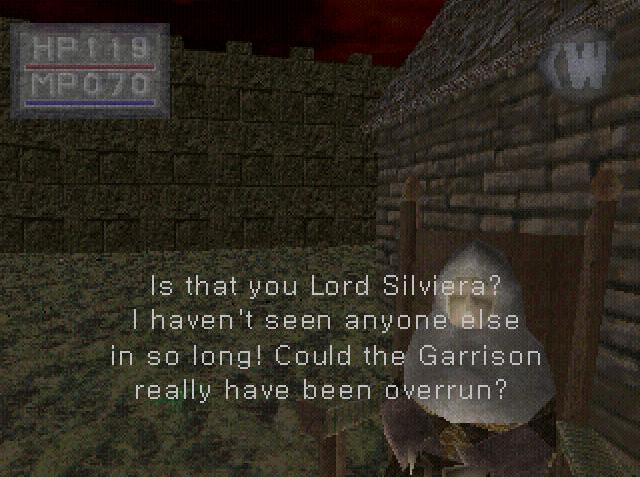 much more KF spirit in just one hour than all other KF related games: Eternal Ring, Shadow Tower, Dark Souls, etc. So don't miss it... 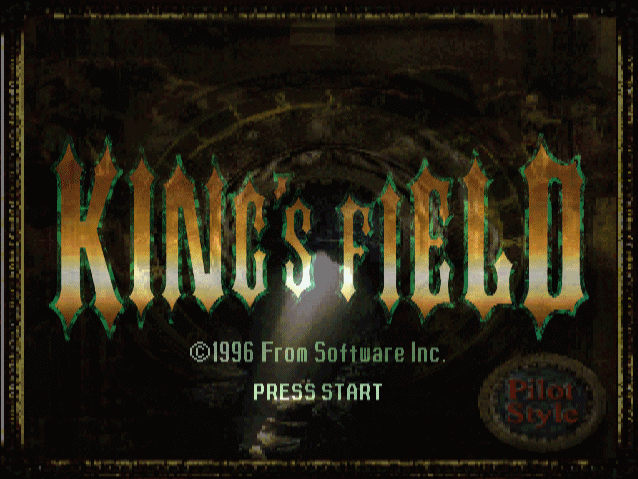 You know, our first KF was one of the PSX's launch titles and it's never been released out of Japan. And as we see from an old gaming magazine, it has been thru slight changes from final version. As you can see from the pictures, there are significant differences from the final version and that's all we can get for now. For example there are also some items on the final version's gamedisk that weren't used in  the final game like Dragon Crest and it was meant to use in this beta version. Who knows? You can see the full magazine page with clicking here 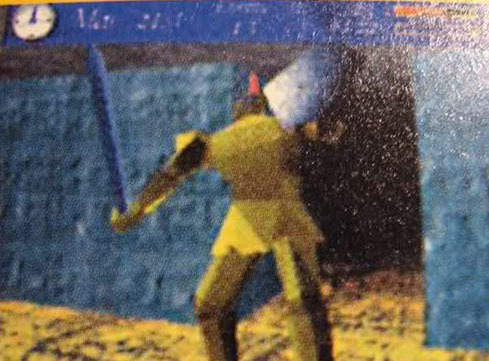 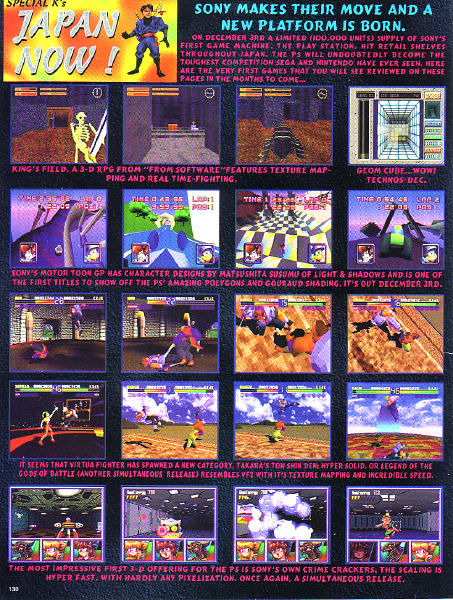 Don't get excited by the box art below. It's just a fan made box art with hopes of seeing a true sequel for KF series after all those years. We all know that From Software has started "Demon's Souls" project as "King's Field 5" but during the development process they decided that give it a fresh look and name to appeal all Western gamers that missed all KF series in the past. And it worked! Our beloved KF is now got a much more Western look, gameplay, etc and From Software seems very happy with it's success. So now Dark Souls 2 is on the way and we're losing our hope for an old-school KF sequel day by day.

I don't know if it makes you smile but last year From Software's Masanori Takeuchi (head of R&D) and Eiichi Nakajima (executive producer and director of business development) stated that the company would like to return to the King's Field franchise, but with a mobile release most likely. Because they see a bright future for iOS/Android platforms and want to deliver it with less 'core' experiences. You can read the full article here.

So don't expect for the future of KF series. And as a personal opinion, i don't think that we will ever see a true sequel for KF except for the idiotic mobile titles or spin-off games like KF-Additional. Because first person RPG genre is dying along with J-RPGs (sad but true) and today's companies don't take risks with releasing games like that.

But someday maybe, who knows?... 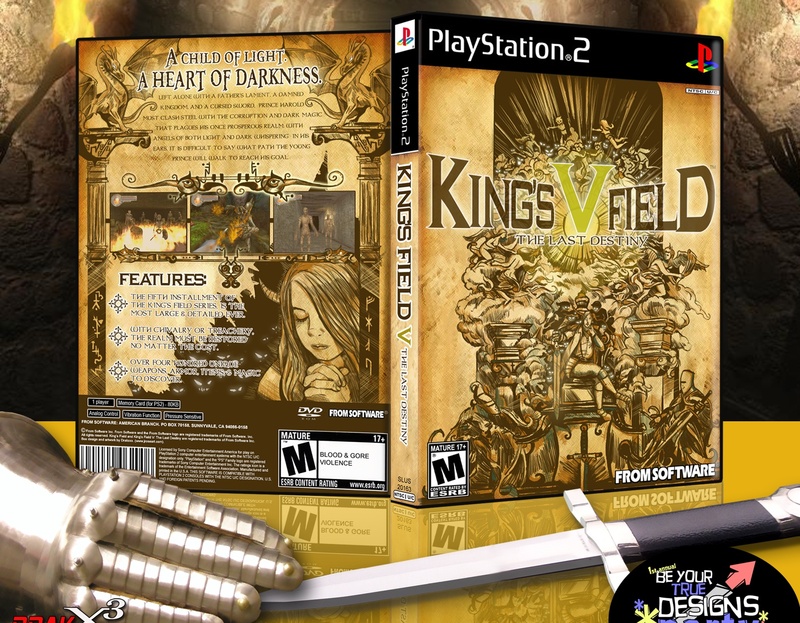 A traditional styled KF game for Japanese mobile phones.It's closer in style to old KF games compared to PSP ones.The gmae takes place in huge labyrinth that contains various similar areas like poison marshes,caves,dark&large corridors,etc in the game.An automatic map fills itself while you advancing and collecting items from treasure chests goes on.And you can quit with saving anytime you want.That's all i know about the game.Click here for the site of the game 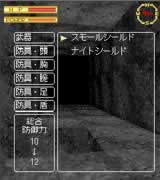 Sequel of the first mobile KF game.Eventhough it's still for Japan,it's rumored for an US release.This time we can use magic,like using projectile fireballs.Now we are outside of first game's labyrinth and we will see seashores,huge insects' nests  and ice caves just like in the previous KFs.There are lots of more monster variations and we have a monster lock-up system to fight with them easily.Same save and map system goes on from the first game.Editors from gamespot had a chance to play this game on Tokyo Game Show 2005.You can read their review from here.And click here for the game's site.

3rd mobile KF game of the series and just for Japan again.This installment has the best graphics them all.Maps are more detailed and includes "one-sided doors".New monsters,new equipments and new areas included.Automatic map and quick save system goes on.Not much knwon about the game.Click here for the site of the game. 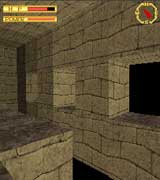 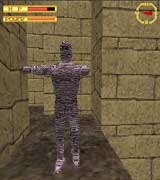 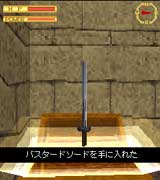 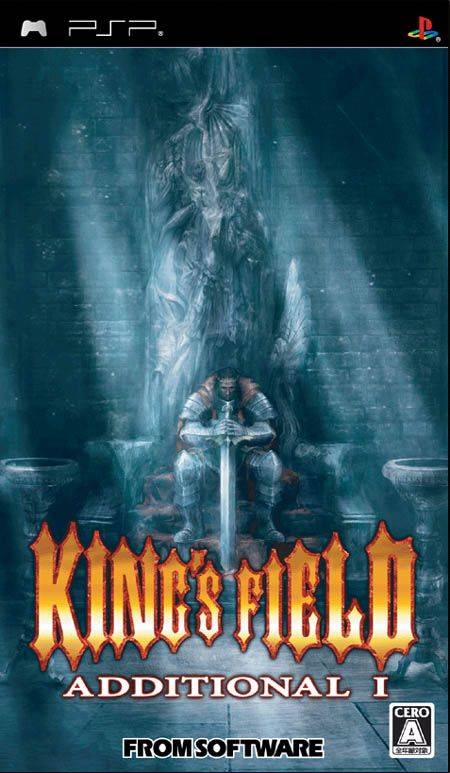 First KF game released for PSP.It was only released in Japan and was never localized to English; however, the game came with a mini-instruction manual in both English and Chinese for grey import buyers.Different from previous KF entries,we move step by step,not freely in real time and the game has totally different storyline from the previous ones.You have to visit cities and bars for secret things and useful infos.You basically wander around a massive dungeon but instead of a full 3D mode,you move across "screens" like you press up and move 10 paces up.There's more character interaction than the other King's Fields and a heavier focus on spells and traps this time.But the game is very hard compared to old ones.
The game has remixes of KF games and a song from Ancient City.The combat system is different also.It plays out more like a typical RPG. But even then, it retains the basics of the King's Field fighting mechanics,you still build your power bar up before attacking, which determines the strength of the hit. Pushing the Block button brings up a shield and cuts the damage you take massively,but while you hold your shield up, your power drains slowly.
As for the story,after being sent into the underground labyrinth,a unit of knights which includes the protagonist is quickly decimated by the maze's deadly traps.The protagonist himself remains in a comatose state for one year after the mission.After his conscience has returned,he learns of a rumor according to which some of his fellow knights are still alive inside the labyrinth.To find out, he once again returns to the deadly place.A basic story but I'm sure it will expand while game advances.That's all i know for this game.

A FAQ,walkthrough and maps of the game from gamefaqs.com

Trailer and gameplay videos of the game from IGN 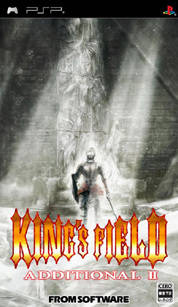 Release Date: August 24,2006 (JPN)
This is the sequel of the first PSP game that never localized to English. It featured the ability to import the player's character from King's Field:Additional 1 including all equipment and statistics.Mainly gameplay stays the same but story takes place 10 years after the events of King's Field:Additional 1,the Pillage King's dungeon has become his tomb. Relative peace has returned to the land but then an earthquake ravages a nearby town. Sinkholes and new openings are revealed which provide new access points into the dungeon. Sightings of the Pillage King are rumored amongst the rabble. Fearing that strange things are afoot, the leadership of the town sends a party into the dungeon to ensure that the Pillage King is still dead.
A few days later, the leader of the party is killed in the dungeon under mysterious circumstances. A fleet-footed messenger relays the bad news to the son of the team leader but when sonny tries to get an explanation of what happened, he gets stonewalled. Saddened, puzzled, and anxious to discover the truth about his father's death, he dons some armor, sharpens his sword, and descends into the dungeon for some answers.
Depending what you do in the game,there are various endings to unlock. That's all i know for know until i get my hands on this game. 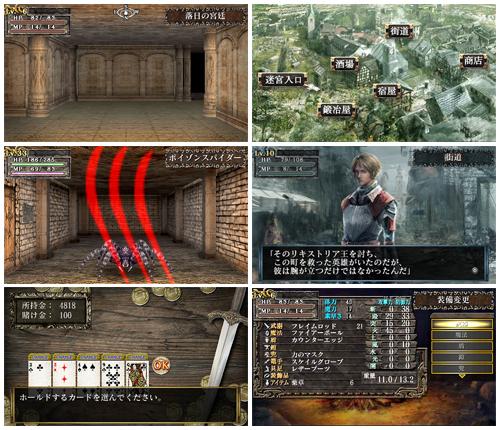 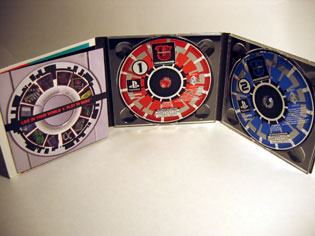 Well, it was a big surprise to me. On the promotional first CD of "Playstation Underground Vol.2 Issue 4 (SCUS-94298)" there is hidden playable demo of first Shadow Tower's japanese version at Imports section. HwitVlf of Sword of Moonlight forums made this awesome discovery, many thanx to him! Anyway, i could get my hands on the demo and played thru it. The demo lets you play the beginning area of the game. Nearly all of inventory items that can be found in the game is already in your inventory and shops, NPCs, saving system are removed from the demo. So it's a great chance to try every single equipment piece at the very beginning of the game. I'm not sure but it's a timed demo, because it's suddenly finished around 10-15 minutes of gameplay. The game also ends with Japanese text that i can't surely read if you press select button strangely and i don't know why.. But in gameplay wise, everything looked same to me with the final product, except for everything in Japanese. It's an interesting chance to play the game for a couple of minutes and surely worth a try! Recommended!