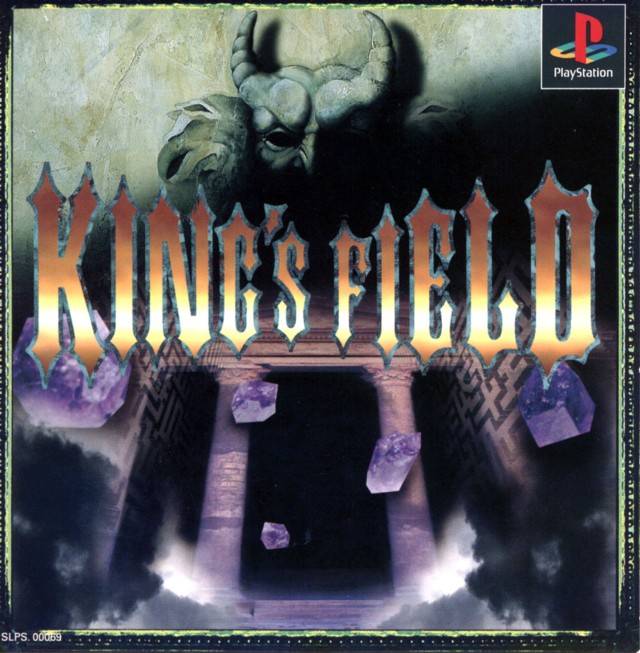 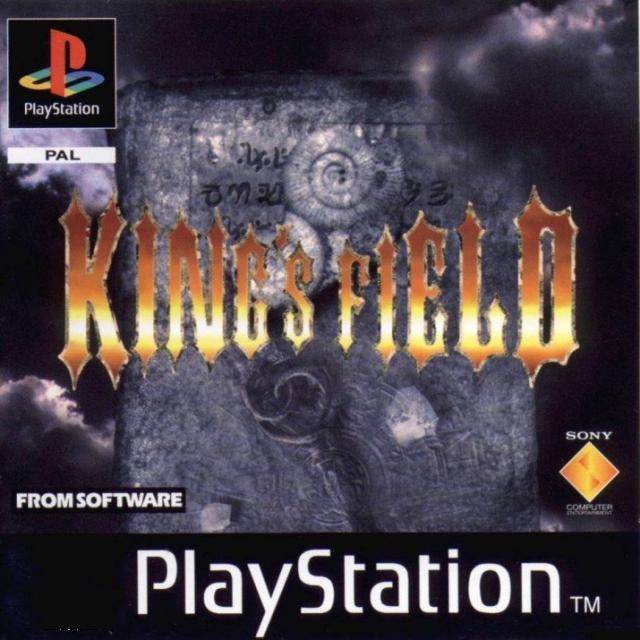 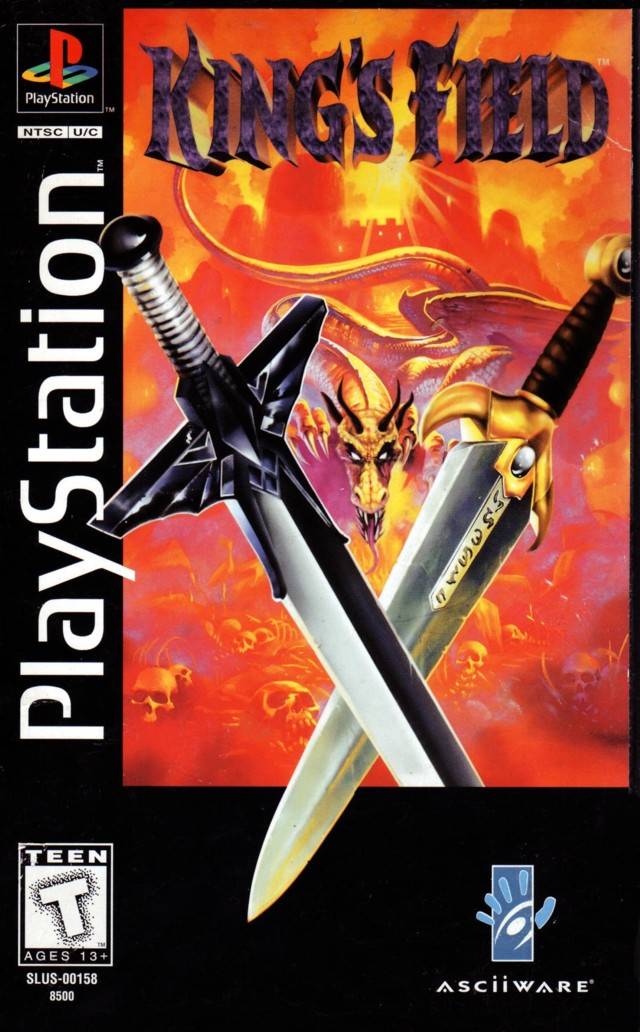 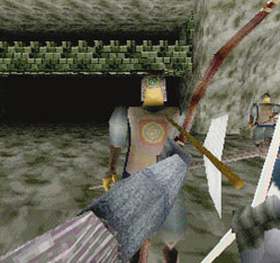 King's Field 2 is the first KF game that has been released outside of Japan.So it's called "King's Field 1" in Europe and America but i will prefer using KF2 for it.And this is my 2nd KF game also.

Graphics are enhanced compared to the first game but some can still find it muddy and bad.But i love PSX's KF series graphics style and it's enough for the game i think.Magic scenes,videos and animations are fine also.But don't expect too much.There are very good looking huge bridges,waterfalls,elemental caves,sorcerian towers,areas and pitfalls that will make you feel the pure adventure.And that is the best thing of KF series i have always loved.Searching for hidden walls and areas,running from pitfalls and climbing huge towers...You will encounter not just monsters this time also.Mind washed soldiers will attack you this time along with monsters

Every first hours of KF games are always hard.But it will be easier after you level up 2 or 3 times and find equipment.Same goes here for KF2 also.Especially you will die for a lots of time at the beginnings of the game.Even the final boss battle wasn't very hard.Key to survival of KF games are always same,strafe&attack and run away when you need.There are very good located teleporting points in the game that will make traveling a lot easier to distances in later parts of  the games.You have to choose location parts and use them wisely.You can access some areas with falling down from a high distances after leveling up 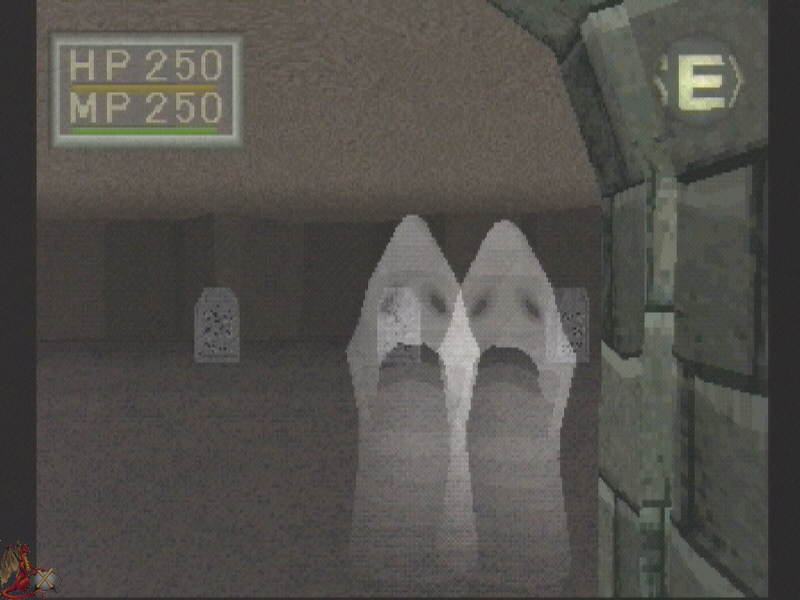 As for the story,this time the game takes place on the island of Melanat. You take the role of Prince Alexander, who has taken it upon himself, as one of the king of Verdite's closest friends, to retrieve the holy sword known as the Moonlight Sword, and return it to King Alfred of the kingdom of Verdite. Alexander is washed up on the coast of Melanat, as the sole survivor after the ship he came with sank into the ocean. To find the Moonlight Sword, Alexander must press ever forward and uncover the secrets the dark island of Melanat holds.Alexander is very important character in KF series.Be careful about storyline. 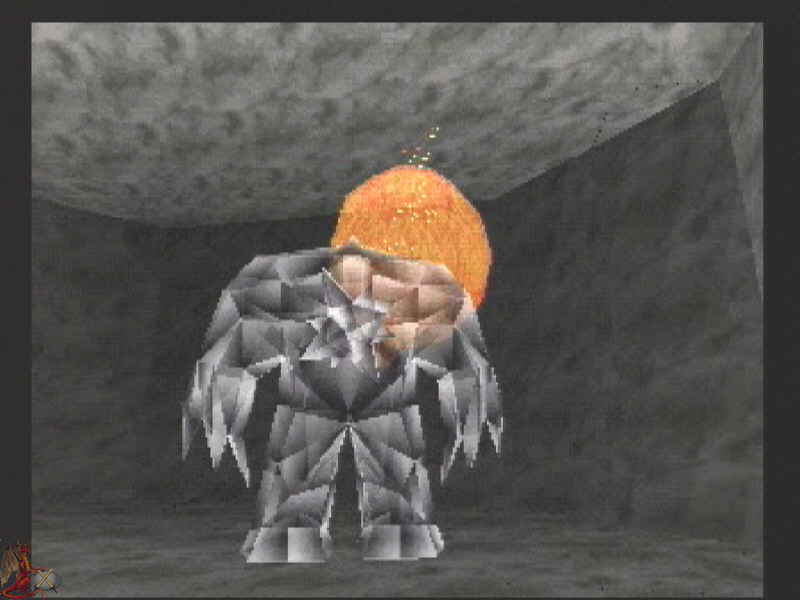 In the final,KF2 is a great game and came a lot of way from the first one.And includes a important storyline for next KF game.One of the best of the series!!!
Graphics: 6
Controls: 8
Sound&Music: 7,5
Fun: 8,5
OVERALL: 7.5 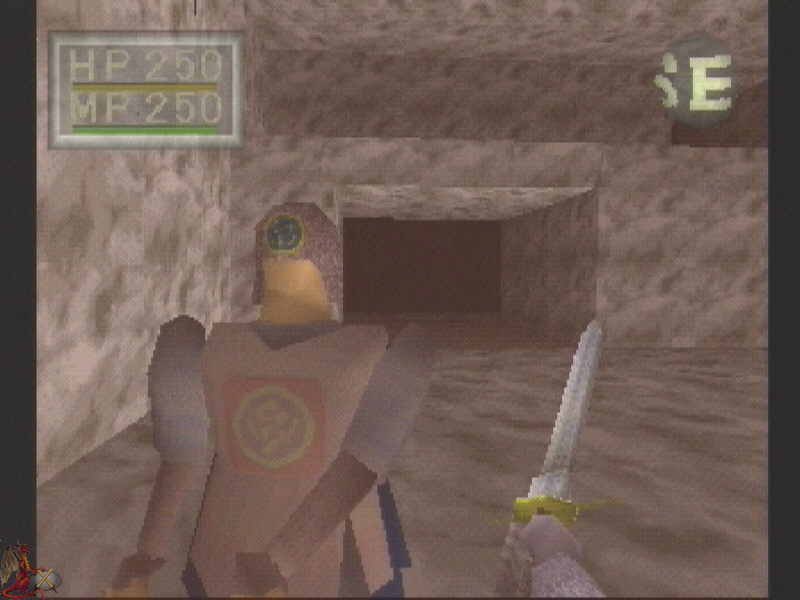 Ending of the game

Hint: Getting the Moonlight Sword:
Battle Guyra and stay as close to him as possible. Move forward when he attacks with a large bite to climb on his back. Walk along his back, take the Moonlight Sword, and fall off the edge. Alexander will appear at the fountain with the sword.

Hint: Fighting:
Keep a small distance between Alexander and the enemy. Wait until the power gauge is full. Time your attack, rush the enemy and begin slashing. Retreat quickly and repeat until the enemy is killed. Press L1 and R1 to rotate behind the enemy to attack safely.

Hint: Easy experience:
Once you defeat the Giant Kraken, enter the Kraken's Nest and kill the fireball-throwing Krakens, then exit the cave and re-enter it. Repeat the process until you gain the desired experience points.
Information in this section was contributed by Robert Johnson.

Hint: Traps:
Check around traps to find a switch to disarm them.

Hint: Magic swords:
The Ice Blade, Flame Sword, Shiden, Spider, Seath's Blade, and The Dark Slayer have the ability to cast magic. Each of these swords has two different, unique sword magics, type A and type B. To execute type A sword magic press Square, Triangle. Note: Some sword magic requires that Triangle be held for full effect. To execute type B sword magic, press X, Square, Triangle. Note that your Alexander must have a strength and magic power of over 60 and a full power and magic gauge to use the magic. Additionally, Alexander cannot wear armor that conflicts with the sword (such as Ice Armor with the Flame Sword).

Hint: Receiving the Ruinous Boots for free:
You can take the Ruinous Boots (Seath's Boots) for free instead of purchasing them from Cellfy in Base No. 4. Equip your dagger and slash him repeatedly without charging to cause minimal damage. After he has moved over to the right sufficiently, you may pick up the boots sitting on the table. If you accidentally kill Cellfy, reset and try again.
Information in this section was contributed by Laguna.

Hint: Horming Star:
Go to Termite's Nest, find the Queen, and kill her. She will give you the Rhombus Key. Behind her is Sandler. He will give you the Pirate's Key. Go back to the first save point and go to the part where there is a door in wood. Open the door, kill the monster inside, and find a room with about six boxes. Open all the boxes. One of them contains the Horming Star.
Information in this section was contributed by Orlys Azaharez.

Hint: Regenerating MP:
A Moon Stone, Dragon Fruit or MP Water can be used to regain MP. Also certain items regenerate HP and MP as Alexander walks. Once Seath's fountain is found, fill as many flasks possible with Healing water. If all three streams of water are flowing into the fountain, it creates gold water that heals all MP, HP and cures conditions.

Hint: Doors:
There are two types of "sealed" doors; those near the fountain, and all others. The doors at the fountain open when all three waters are flowing. The others "unlock" when Alexander has the Dark Slayer sword. If a door is opened with a Rhombus key, make there is a second key in inventory before entering the room. If the door closes in a dead end room, Alexander will be stuck. Another key is required to open the door from the inside.

Hint: Verdite:
Verdite permanently increases magic points by one when used. However, it also may be sold.

Hint: Crystals :
Two crystals can be taken to the Crystal Crafter and then turned into a flask. Flasks are very important for trading and carrying waters.

Hint: Identifying items:
The Fortune Teller or the Truth Glass can explain an item.

Tip: Easier first gameplay hours:
Go left from the start of the game & get the short sword in the barrel close to the waterfall, or better yet run under the waterfall while hitting the button to pick items up & getting the long sword to start off. (carefull of the skeletons under the waterfall they will kill you in 1 hit)
Information in this section was contributed by Otogi.

Tip: An useful combo for battle:
Battle using the (wind swords) Shiden and a wind cutter or fireball spell combo. Example slash, fireball, slash, fireball. This combo stuns most enemies to the point they have no chance to attack you.
Information in this section was contributed by Otogi.

Tip: Gaining Strength Stats Easily:
Once you talk to Sandler in the termites nest use full power sword swings to beat him to death.
It's best to use a low damage weapon for this like a S.sword or dagger since it takes more hits to kill him.If you do that it will count tords your strength atribute but he will still spawn at his house as if he never died.100 full strength bar attacks = 1 strength added to your stats
Information in this section was contributed by Otogi.

FAQs and walkthroughs from gamefaqs.com for KF2 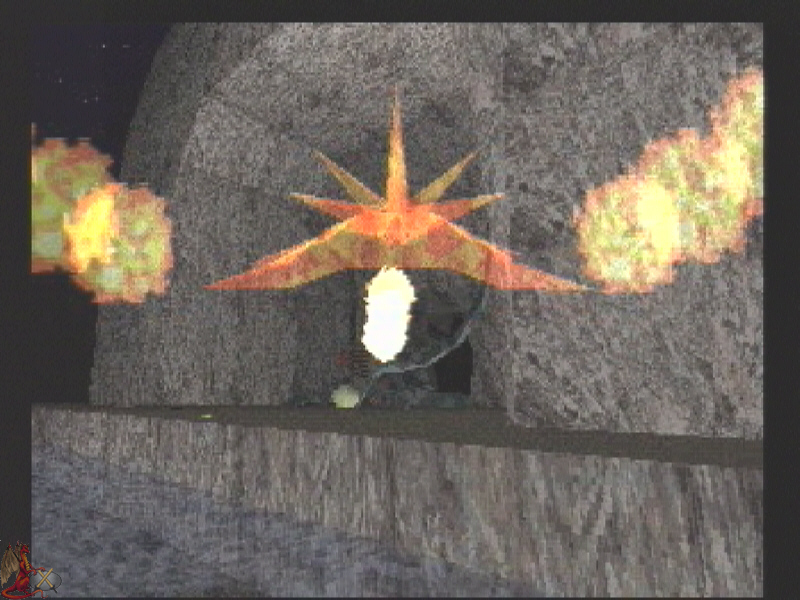