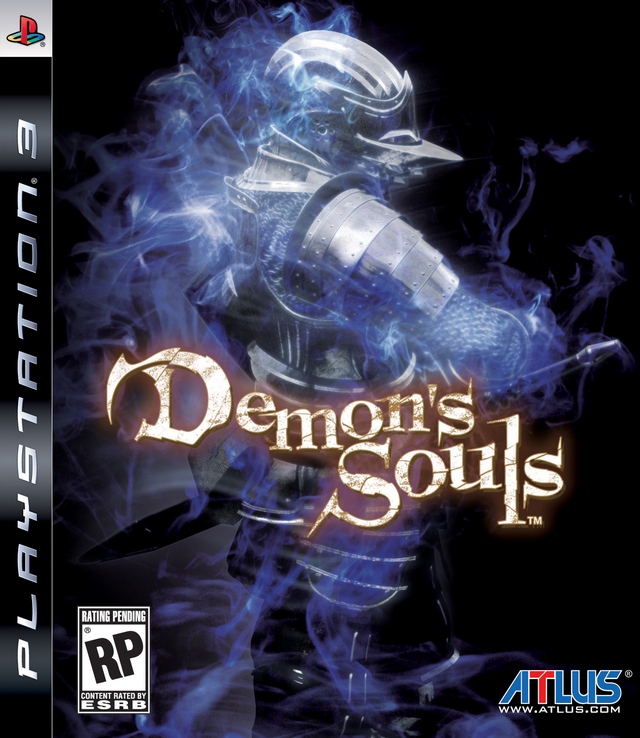 When everyone thought that KF is dead,Agetec released a spiritual successor of KF called Demon's Souls.Even though I don't have a PS3, i could play thru it on my friend's home. Anyway, KF was a mainly underrated series(people really don't know what is good these days) but Demon's Souls got very good reviews around net and i think it will go on with sequels just like KF.

First interesting thing you will notice is, extremely deep character design options. You will start with choosing from 12 different classes. Then you will choose your gender, name and finally most detailed face creation option i have ever seen on a game. There are so many options about it (you can even edit the color of your nose bridge or angle of your brows) that you can spend nearly half-an-hour to create your ideal character. And there are 10 different character classes to choose from while creating your character.

Your first opinions about the game will be like this:"This is a KF game only just in 3rd person view". That is commonly true. Environments and medieval settings totally reminded me KF series. Huge castles with small amount of NPCs, and a silent era. The adventuring and discovery has a important role as you expected from the spiritual successor of the series. There are visually beautiful huge castles, caves, seashores, etc and you will absolutely feel like you are playing a KF game during gameplay. There are tons hidden items and items around that are waiting to be found. But the game is deadly diffucult, even more then our old KFs. AI 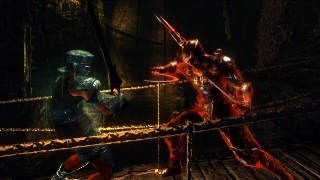 is very smart and deadly if don't know what you are doing. If you die in the middle of a stage, you will lose your soul along with the EXP points you gathereed and start-up again with a slighty weaker soul version of yours, and things will much more hard more than before. And if you want your body back, you have to go the place and regain your soul from the ground. But if you get killed before that again, your previous gatherings are gone forever. You always have to get your soul back from your previous death location and trust, it will be very huge pain in your ass. And don't forget that, everytime you get killed, the monsters will get stronger in that area. And I'm not kidding :)

But the game's most unique part is here. If you have your body, you can request help from other wandering player souls around the world via internet collection and hack thru your way much more easily with your friends. You will share all EXPs also. But you have to be careful though, sometimes player souls called "Black Phantom" can enter your realm and try to kill you get his own body back. There are ways to get your body back also. You can enter other players' world and slay the stage's boss or become a Black Phantom's itself to slay the other players. As you see, internet brings lots of unique stuff to the gameplay but also brings a downfall along with it. DS is a very very hard game in offline mode, but if you have some friends with you, it can suddenly become very easy at the same time. Cuz even if you are a weak character, some legendary gamers that played thru the game hundreds of times can enter your realm to gain more EXP. But you will fight insanely hard boss battles at the end of each stage(Huge Dragons, Blobs, Tower Knights, etc) and you will need some partners surely. 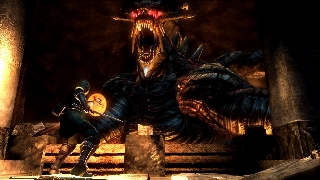 Battling and gameplay has lots of common elements with KF4. Your equipment's durability wears off every time you use it and you need your endurance bar to make combo attacks. Every character has to 2 different fighting stances that you can switch during gameplay and 2 different attack moves (A small attack for combos and a killer heavy move for finish combos as you guess). Also you use both of your hands separately, weapons in each hand or a shield in one of them. Finally series got an awesome shield using system. You can use also magic attacks. Just as KF4, you got weight capacity also. When you pass that limit, your speed reduces and your character can't run. Sound similar right?

The game is open ended and  gameplay alters depending on what type of weapon the player wields.Game is set in the Kingdom of Boletaria. The hub world that takes place between missions is the Nexus,a small, town-like area where the player can interact with NPCs, shop, and store equipment. But there is no such thing called "money" in the game. You will trade the souls you got from your adventures. You can use them to get new equipments, adjust your skills, but some items and learn some magic spells. All these shopping are done jsut with souls. 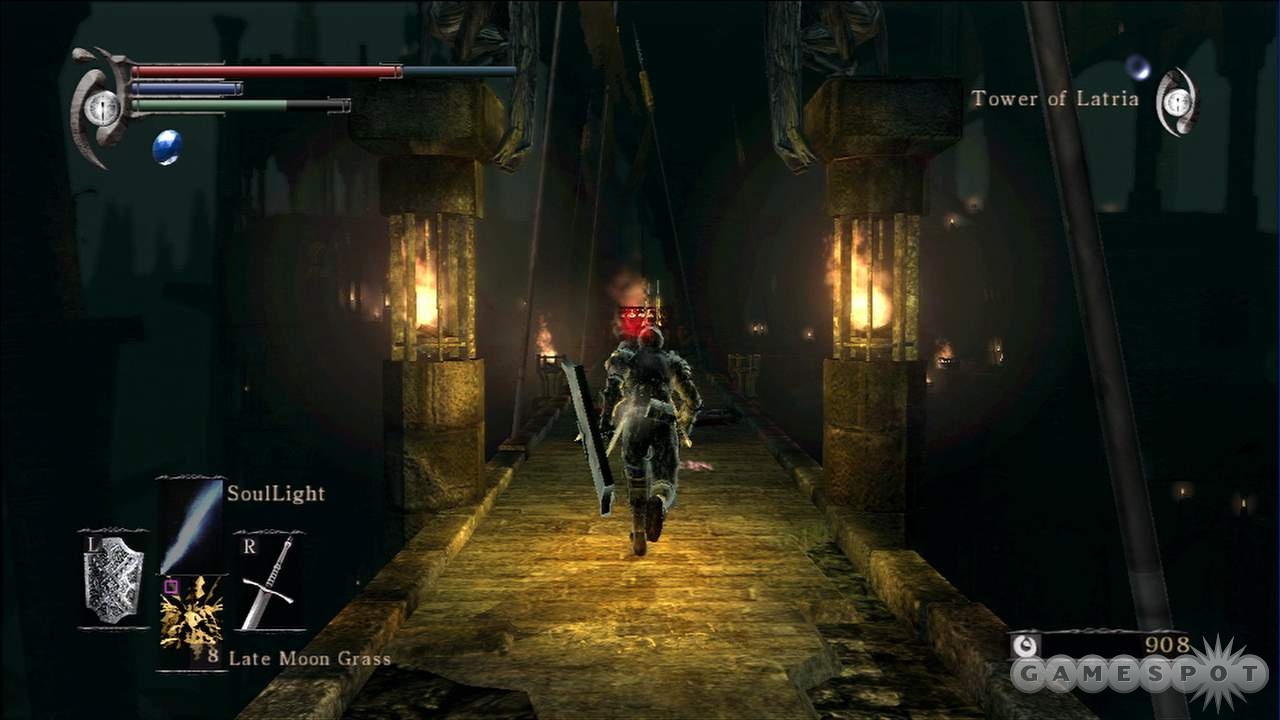 Palace,the ruins of the castle where Boletaria's ruler once lived.Second is the Stonefang Tunnel,a dwarven mine that was corrupted and overrun by goblin-like creatures.Third is the Tower of Latria,a dark,abandoned prison tower whose halls are now stalked by Cthulhu-inspired guards.Next is the Shrine of Storms,a cliffside ruin infested by the undead and besieged by flying creatures known as Storm Beasts. Last is the Valley of Defilement, a deep gorge in the Earth full of poisonous leeches,trolls and sheer drops. These locations can be explored in any order by the player only after they defeat the boss Phalanx in 1-1.

And as for the story,we set off into the heart of Boletaria,a kingdom of warriors that was destroyed after the appearance of beasts and demons.King Allant the twelfth, in search for power and prosperity, channeled the power of souls.He brought unprecedented prosperity to his northern kingdom of Boletaria. That is, until a thick black fog covered the lands outskirts, cutting out the kingdom from the outside world. Those who entered the fog never returned .But Vallarfax of the royal Twin Fangs broke free from the fog and told the world of Boletaria's plight. The aging King Allanti had awakened the Old One,the great beast below the Nexus, from its eternal slumber. And that a dark f 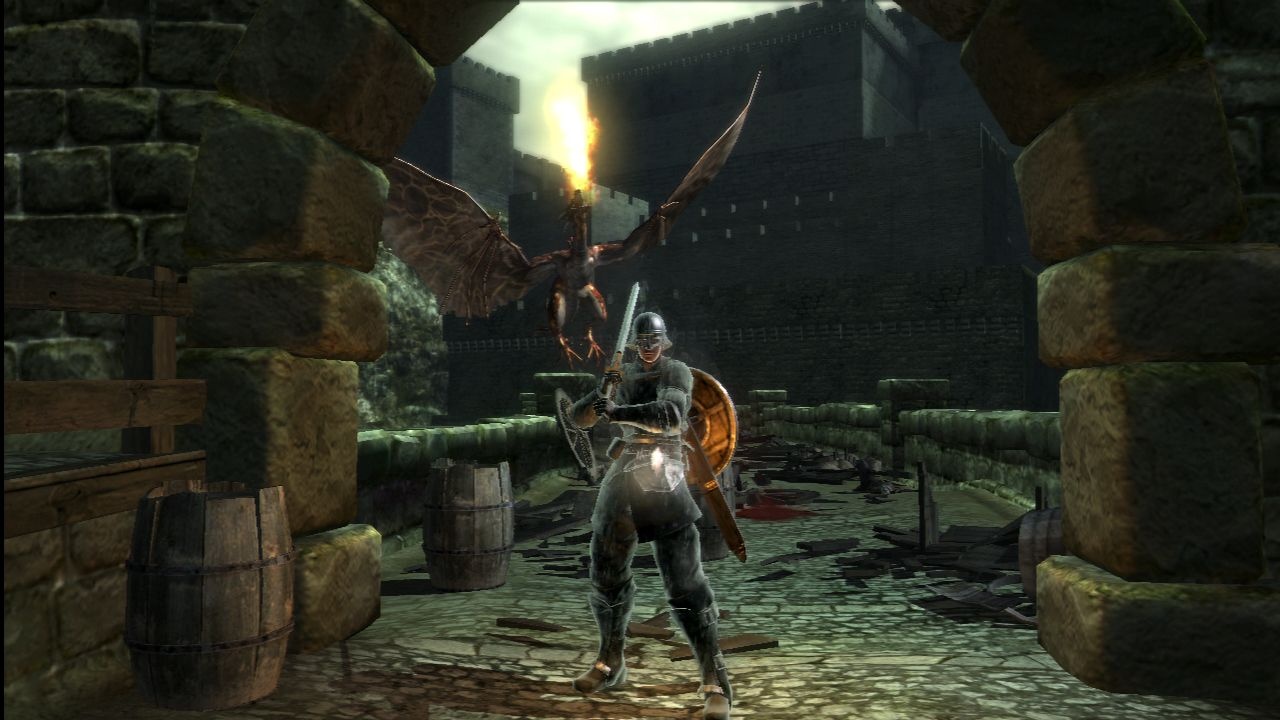 og had swept in, unleashing soul-craving demons. The ones that lost their souls, also lost their minds. Chaos reigned, the mad attacking the sane. The Demons grow stronger and more powerful with each soul they devour. The legend was told from man to man, mightly warriors entered the cursed lands but none have returned.

The game's worst part is musics. Sorry but that is sad but true. Yeah, they reminded those KF tunes but they were largely forgettable at the same time. I can't even remember one of tunes that was in the game but i can whistle every single KF tracks even after those years.

Even though the game is third person view, i must say it, i had a real KF feel and gameplay. And it's really addictive if you get to learn how to survive by time. Cuz the game hugely customizable and includes tons of extras after the first play thru. I played thru 3 times and there was still lots extras that i didn't see yet. Even with major new elements to the series, a must have for all KF fan. Say hello to the new face of KF series!!! 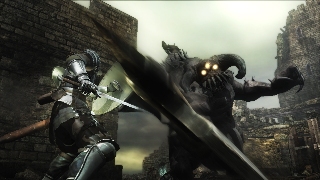 Gameplay video of the game

Offical Site of the game

FAQs and Walkthroughs from gamefaqs.com 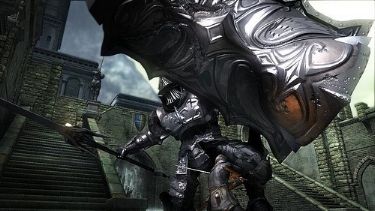